It's spring! Not only am I in the garden, I'm shopping! And I just had to include some of my latest seedy finds with you!


First stop  -- a local Hudson Valley indie bookshop to find Diana's White House Garden by Elisa Carbone. Fans of Michelle Obama's garden will enjoy this historical look at another White House garden. A perfect pairing for a classroom read with book about seeds and gardening. It's the perfect read for students working in their school garden! 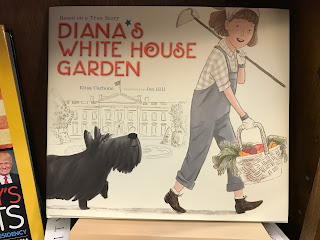 Next stop is for seeds  -- and some of my favorites are from the Hudson Valley Seed Company! (You'll find them listed and photographed in THE STORY OF SEEDS! ) All these seeds have a story behind them. You'll love their beautifully designed packets and the heirloom varieties for your garden.

I might just pick up a packet of Polar Bear Zinnias this year! 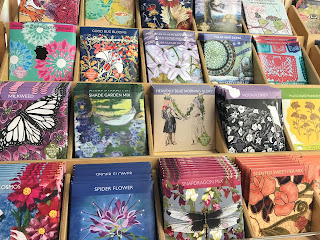 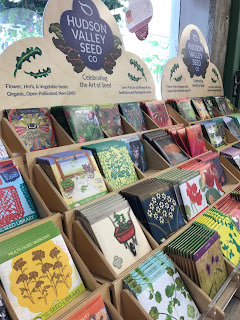 And to finish out the week, I took part in some great STEM panels at @nerdCampNJ and met Jennifer Vogel Bass. I fell in love with her two board books - Edible Numbers and Edible Colors! I love them so much - tiny books about biodiversity and heirlooms! I swapped her a copy of THE STORY OF SEEDS for these two treasures! 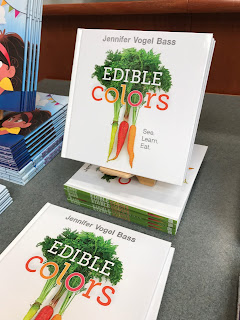 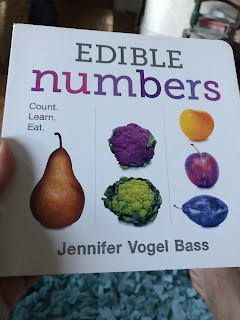 So there you have it -- a book about a historical garden, a great seed company, and a look at some wonderful heirlooms!   I hope you love these all as much as I do!   Seed on!

Book Shopping - Our History with Dogs

As you know, I love dogs, so I was extremely happy to find these two titles waiting on the bookshelves in my local indie! Hudson Talbott and Kay Frydenborg have written titles about our long history with our fuzzy friends. They are the perfect pair for a young reader and an older sibling or parent. 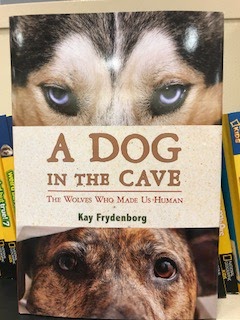 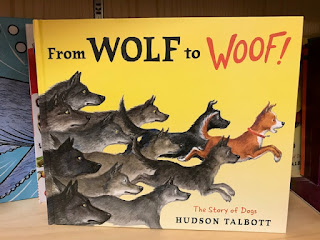 I had the pleasure of speaking with Hudson and Kay about their books.

Dogs truly are our best friends. Your book delves into the history of our strong relationship with our fuzzy friends. What was the most surprising thing you discovered about our history with dogs while crafting your book?

Hudson:  Hard to say which is the MOST surprising thing as there are so many!
The first that comes to mind is that the alliance is so ancient - primordial really. Evidence has been found that dates at least 30,000 years. That's about 25,000 years more than the connection to cats. There is even evidence that suggests much earlier - to contact between homonids(pre-humans) and wolf ancestors. It's conceivable that the two species evolved in tandem to some degree. Humans obviously affected dogs' evolution but it's possible that they affected ours too.

Kay:   Thanks so much for asking, Nancy! There were so many surprising things I learned while researching A Dog in the Cave. The first thing was how far back our intimate relationship with dogs (beginning with wolves) goes—more than 30,000 years, scientists now believe! That's a lot longer than was believed until just a few years ago. Another amazing thing involved the genetics of our coevolution with dogs.For example, areas of our own brains involved with scent recognition actually shrank because our dog friends kind of “took over” some of that function; at the same time, our human brains became even better able to reason and plan actions that benefited both  our dogs and ourselves, and dogs’ cerebral cortexes shrank somewhat because those “executive functions” were taken over to a greater extent, by humans.

The other thing that I loved most about what I learned was more of a narrative thing. I was captivated by the image of our prehistoric ancestors and how they began living with another wild predator with whom they might just as easily have killed, or who may have equally easily have killed them. I learned that our ancient human ancestors were not, in important ways, so different from us. To me, the fact that a large dog may have walked with a young boy through Chauvet Cave in France really set my imagination on fire.

Do you have a favorite dog in your life?

Hudson: I have a cat who behaves like a dog to humor me. He seems to know that I'm really a dog person and would have them if I didn't travel so much. Cats love humans to but, being cats,they know how to make do if their human isn't around. Dogs just can't be without their human for long - the price of being "hard-wired" into our species, perhaps.

Kay: I have had dogs in my life for my whole life, and can't imagine living without them. My current favorite dog is Saada, who is a mostly Rhodesian Ridgeback we adopted from the Ridgeback rescue several years ago. She is the sweetest, funniest dog ever, a beautiful brindle color, and weighs a little over 100 pounds. I also am fond of our other dog, Junie, who is a smallish pit bull mix that our son rescued off the mean streets of Los Angeles and airlifted to us here in Pennsylvania when she was just a puppy. She has definitely kept us on our toes over the years since; even though she and Saada had some rocky times together, they are now the best of friends.

Thank you both for sharing your research and your dog tales with us!

Find A Dog In The Cave and From Wolf to Woof at your local bookstore!

If you enjoyed BEASTLY BRAINS: 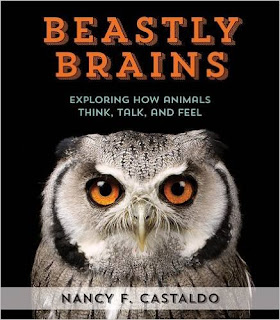 Take a look at these recent bookshop discoveries: 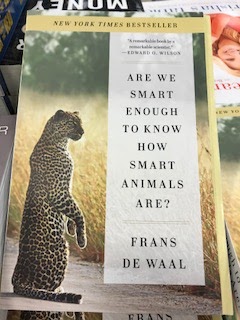 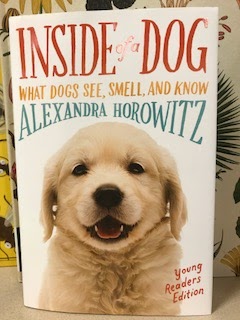 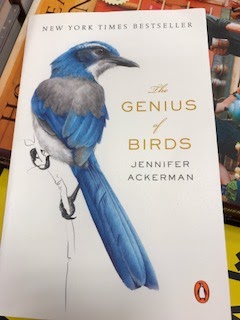