I was deeply saddened to hear of wolf ambassador, Atka's death today. In honor of this beautiful wolf who taught us all so much, I'm sharing five books about wolves. Learn more about Atka and the Wolf Conservation Center's work at nywolf.org 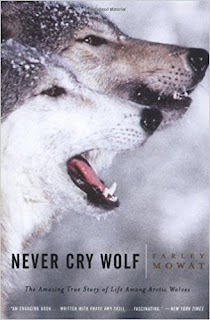 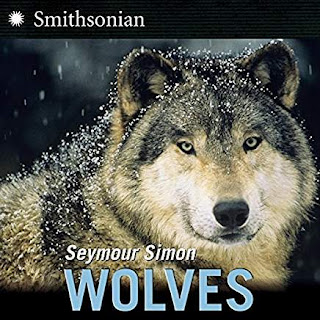 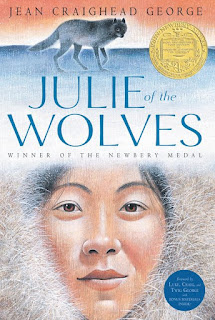 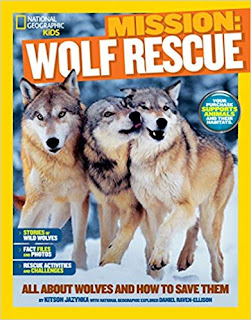 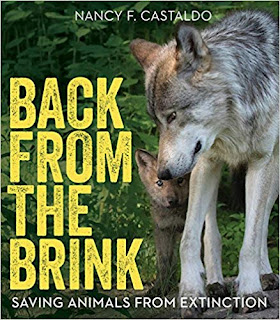 Many of you might know STEM award-winning author Patricia Newman’s books. They focus on the environment and cover subjects ranging from ocean plastic to sea otters and now elephant communication.

I was eager to read this latest after researching elephant cognition for my BEASTLY BRAINS title. Patricia didn’t disappoint. EAVESDROPPING ON ELEPHANTS is a fascinating look into the study of animal communication. 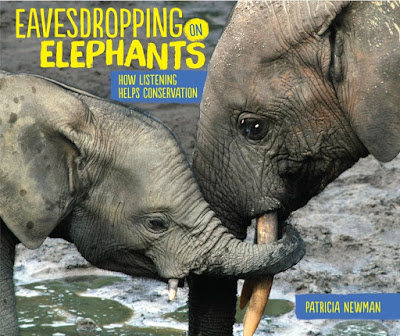 Hi, Patricia! This is another great book. What sparked this subject for you?

Hi Nancy! Thank you for having me.

The seeds for Eavesdropping on Elephants had been planted long before I knew scientists listened to them. I volunteered for the San Diego Zoo many years ago and had the opportunity to travel to Kenya on a group photo safari with one of the zoo’s geneticists. We observed several elephants in family groups walking, taking care of their young, and warning us not to get too close. I developed a fascination with their size, their looks, their relationships, their intelligence, their memories, and eventually the way they communicate with both infrasound (sounds too low for us to hear) and audible sound. Later, when my kids were born, we spent some time each week at the zoo, and we almost always found ourselves at the elephant enclosure.

When my daughter, Elise, was an undergraduate at Cornell she worked for the Elephant Listening Project (ELP) cataloging forest sounds, just like the student volunteers mentioned in my book. ELP studies forest elephants, a newly designated species few people know about. That newness stayed with me, and in the back of my mind, I always knew I’d write about ELP.

In the meantime, my daughter graduated from college and we co-wrote an article for OdysseyMagazine about elephant migration called “Their Trunks are Packed: Elephants on the Move” (October 2014). I guess you could consider that article a warm-up, but we focused on traditional savanna elephants rather than forest elephants.

Writing about marine debris, Ebola, zoo scientists, and sea otters kept me hopping for the next few years, but when I had the chance I asked my daughter to introduce me to the scientists at the Elephant Listening Project. Founders Katy Payne and Andrea Turkalo, Director Peter Wrege, Research Analyst Liz Rowland, and scientist Daniela Hedwig were excited to work with me. Although their work has received global media attention, they seemed especially excited about sharing it with children.

You had me at, “The air vibrates with deep rumbles that thunder lake a bass drum.”  What a fantastic description that sets the scene for this book. Can you take us behind the scenes to the crafting of that beginning?

Thank you. I’m glad you like it. For me, the first chapter is the hardest to write. It does the heavy lifting to set the scene and to introduce the theme and narrative thread of the book. I usually don’t know how to articulate all of that when writing my first draft, so I begin someplace in the middle and write through to the end. Once I’ve figured out how I want to present my theme and carry forward my narrative thread, I write the opening.

I wanted something dramatic to begin the book, so I chose sex (in the service of science, of course). In the elephant world, mating is BIG news perhaps because elephants seem to adore their babies. A celebration that involves not only the male and female but all nearby participants trumpeting and roaring their praise in a cacophony of sound and seemingly joyful movements.

As I wrote the opening I wanted to capture this joy, and at the same time describe the variety of harmonies that remind me of a group of jazz musicians riffing off one another. When you’re close to elephants or even when you listen to recordings of their sounds, the deepest bass notes vibrate in your chest.

At the end of the first page, I ask, “Do you wonder what they’re saying to one another?” I sure do! And I’m eagerly anticipating the Elephant Listening Project’s efforts to decode some of these sounds.

The Elephant Listening Project is another example of a group of dedicated scientists uncovering data that will change the canon of science education. How did you work with them on this book?

Many of my recent books involve real scientists in the field doing science. The same is true for Eavesdropping on Elephants. It always astounds me how generous and giving scientists are with their time, and how thrilled they are to tell their stories.

I was not able to visit the Central African Republic because the scientists were not in-country at the time of my research, but I did travel to Cornell University in Ithaca, New York. The Elephant Listening Project is supported by Cornell’s Lab of Ornithology, which also houses the Bioacoustics Research Program. Although birds and elephants don’t have much in common, scientists at the Lab and at ELP study them by listening with similar technology, hence the partnership.

I spent two full days at the ELP lab interviewing Peter Wrege, Liz Rowland, Daniela Hedwig, and several student volunteers. I also watched an engineer make one of ELP’s acoustic listening devices. Katy Payne hosted me at her home for many thousands of questions. She made me breakfast one day and lunch the next and treated me like an honored guest. ELP was very generous with photos and video and allowed me to copy roughly 50,000 files onto an external hard drive I’d brought with me. Having those resources at my fingertips as I wrote made a huge difference in acquainting myself with their camp, the vegetation, and individual elephants.

Because Andrea Turkalo lives in Massachusetts, I interviewed her by telephone and email. She lived with the elephants for nearly twenty years and had a huge storehouse of knowledge about their habits and family relationships. She can also identify nearly 4,000 elephants by sight.

Back home, I transcribe the interviews and then follow-up with clarification questions in an email or two…or five.

The scientists also played a large role in vetting the manuscript before it went to print. And as busy as they are, they met every deadline. Again, I marvel at their generosity!

Was there something that was your WOW moment in writing this?

I’ve known for a while that elephants communicate using infrasound—my daughter told me when she worked for ELP—but I’d never heard it until I began researching Eavesdropping on Elephants. Katy speeded up a recording for me which raised the pitch within the limits of human hearing.

I also knew elephants trumpet but I didn’t know they roar, rumble, and aooga. This variety of sounds and the emotion they express was a revelation. Be sure to read the “Goodbye” sidebar and listen to the grief in the juvenile male’s calls.

Although I’d heard of forest elephants through ELP, I didn’t know much about them. Andrea says “Elephants are the architects of the forest. They range wide. They eat a lot of fruit. And they defecate the seeds out all over the forest.” Without elephants, the forest wouldn’t exist as we know it.

Those kinds of connections are huge WOW moments for me.

I love your ending words, “The more you listen to wildlife, the more your mind opens up to new ideas about why the world is a place worth saving.”  What encourages you, as an author and an activist?

When I was a kid in school, I became most excited about connections between my school work and the outside world. Although I always feel renewed by nature’s beauty, I thrive on its connection to us as humans. How sea otters save seagrass, an ecosystem that benefits people. How elephants build the forest just by doing what elephants do best—eating and defecating. How our snack foods (made with palm oil) manufactured and eaten thousands of miles from the Bornean rainforest endanger orangutans.

I always say we don’t know what we don’t know, but if we’re willing to stop, look, and listen to the world around us we’re more likely to find out how our habits affect the natural world.

Children also encourage me. At the end of Eavesdropping on Elephants, Katy says, “I think that children’s voices and what children care about making a huge difference in this world. And they must be given a bigger voice.” I agree, and write books with that goal in mind.

After reading Zoo Scientists to the Rescue, one mother wrote to say, “My son is now more than ever convinced that he wants to study animals...you lit a fire in him with this book. For that, I am grateful!” Another student told me she used Plastic, Ahoy! as the subject of her college admissions essay to study marine debris.

To know I’m having a profound impact on these kids is all the encouragement I need.

Thanks, Patricia. It’s been wonderful chatting with you about this latest book. I’m so happy to have it on my shelf.

Thank you, Nancy. Always a pleasure to appear on Naturally Speaking.

Patricia Newman’s book can be found at your local bookseller or online.

Learn more about all of her books at www.patriciamnewman.com.

Check out the book trailer.